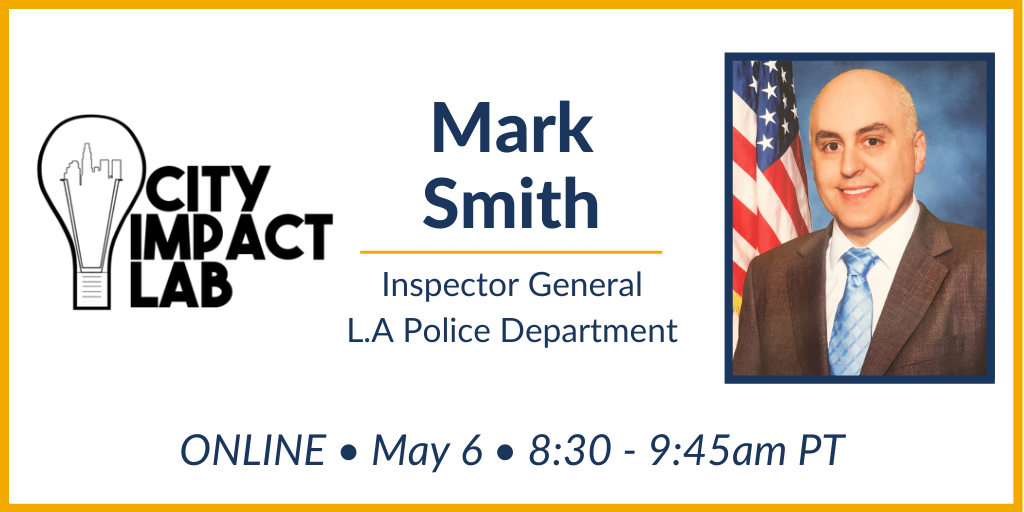 Prior to his appointment as LAPD’s Inspector General, Mr. Smith was a Constitutional Policing Advisor with the Los Angeles Sheriff’s Department (LASD). Among other things, he was responsible for advising the Sheriff on issues related to accountability, adherence to best practices, policies, procedures, and operations; providing real-time monitoring, analysis, and advice to LASD investigators and executives on pending personnel investigations and disciplinary matters; and responding to critical incidents including in-custody deaths, deputy-involved shootings, and significant use of force incidents.

Before working with LASD, Mr. Smith was selected to be the first-ever Independent Police Auditor for the San Francisco Bay Area Rapid Transit District (BART), where he developed the Office of the Independent Police Auditor (OIPA) from the ground up. OIPA was responsible for investigating allegations of misconduct; reviewing BART Police Department investigations; recommending changes to policy; developing an alternative dispute resolution process for complaints; and engaging in a robust program of community outreach.

Prior to his appointment at BART, Mr. Smith was the First Deputy Chief Administrator of Chicago’s Independent Police Review Authority (IPRA). As First Deputy, Mr. Smith established internal policies to effectively and efficiently allow IPRA to meet its goals and obligations; supervised the day-to-day operations of the office; directed investigations into officer-involved shootings and complaints of excessive force; and represented IPRA at community events and meetings with other law enforcement agencies.

Join your fellow L.A. leaders online for an eye-opening, interactive, and inspiring morning!

City Impact Lab attendees come from all backgrounds, including government, the arts, neighborhoods, nonprofits, and business. Come connect with your future collaborators, mentors, and partners.

Make sure your webcam or phone/tablet camera is ready, as the program is interactive and engaging, which requires all participants to be on screen.

Each City Impact Lab breakfast begins with a presentation from a civic, business, and/or community leader who shares their personal experiences and strategies. We then conduct online activities that draw themes from the presentation and engage attendees on the challenges they are facing in their own work.